Gary Pasquinelli to be honored for his partnerships and impact in agriculture, food safety, student success, and more 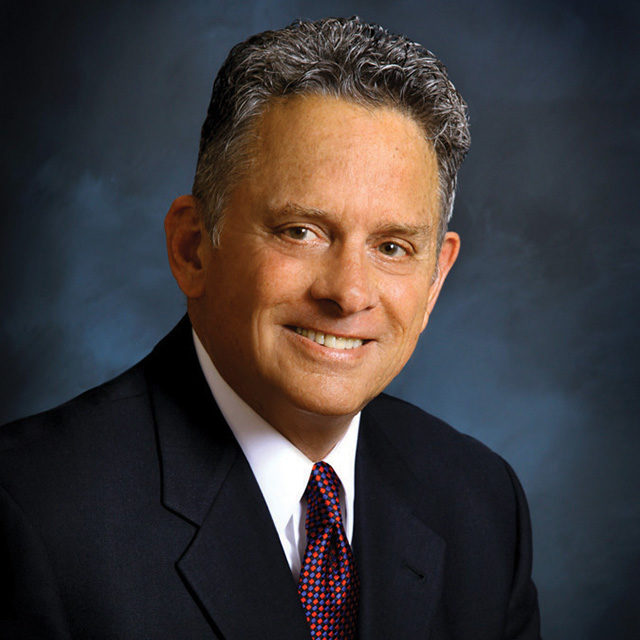 In 1967, as a law student at the University of California, Berkeley, Gary Pasquinelli made a decision that would change his life.

“Law school was like doing time in prison,” he recalled. So he packed up, traded his muscle car, an Oldsmobile 442, for a Ford pickup, and joined his father’s business, Pasquinelli Produce Co., in Yuma, Arizona. “I went from the law library to the cabbage patch, literally, in two days,” he said.

Some 50-plus years later, Pasquinelli’s impact in agriculture, at the University of Arizona, and especially with Cooperative Extension and the College of Agriculture and Life Sciences, continues to be felt. He’s left his imprint on everything from the Arizona Experiment Station’s Yuma Agricultural Station, where he was a major donor for a new building and state-of-the-art laboratory, to the CALS Career Center, which bears his and his wife Barbara’s name.

Now, Pasquinelli has another accomplishment to add to an already long list of accolades: On Friday, December 17, he will be awarded an honorary Doctor of Science degree.

“I’m very humbled,” he said. “Working with the University of Arizona and Cooperative Extension has been a tremendous partnership. It’s just been a natural for me. The university excels in making programs that are industry-supportive and industry-knowledgeable. It’s not just esoteric, it’s extremely applicable to what we need. Plus, they are fantastic human beings.”

Shane Burgess, Vice President for the Division of Agriculture, Life and Veterinary Sciences, and Cooperative Extension, cited Pasquinelli’s accomplishments in business, job creation, employee support, and service to his community, industry, and the university.

“I also want to emphasize that he is a person of the utmost integrity and commitment to people’s best interests,” Burgess said in the nomination for Pasquinelli’s honorary doctorate. “He is completely dedicated to all student success and especially that our students get jobs.”

Pasquinelli is not a University of Arizona alum – he graduated from the University of Notre Dame in 1965 with a bachelor’s in economics – but it has come to be his “adopted second university.”

Among other connections, he was a driving force and founding board member of the UA Yuma Center for Excellence in Desert Agriculture in 2014. He points to the center, a public-private partnership, as a classic example of how the university addresses real-world challenges, especially those particular to Arizona and the Southwest.

“What an amazing paradigm,” Pasquinelli said. “The university promotes excellence in desert agriculture and the issues that come with it, like water usage … and food safety. Food safety is huge, and now they have a food safety program and a major. It’s amazing.”

Burgess said Pasquinelli, through his support for the CALS Career Center – which was created in 2015  upholds the college’s focus on “every student getting a job and not just a degree.” In addition, Pasquinelli was a recent donor for a new endowed chair in integrated pest management in entomology for the Cooperative Extension System. In 2013, he received the CALS Lifetime Achievement Award.

Back when he joined his father’s business, Pasquinelli was tasked with overseeing 40 acres of cabbage, a small slice of what was then a 4,000-acre operation. But he said he worked side by side with laborers, learned Spanish, and got to know all 230 employees as he assumed more responsibilities. Within a few years, he oversaw the entire harvest. He took on full operations following his father’s death in 1984.

Today, Pasquinelli Produce Co. harvests 9,000 acres of winter vegetables, including various lettuces, cauliflower, broccoli, celery, fennel, and spinach. Pasquinelli said he worked out a deal in July 2020 to sell the company to its employees, which will be completed in a few more years.

He said he sees the future of agriculture involving more mechanization, as well as a continued reliance on H-2A visa workers, foreign nationals who fill seasonal agricultural jobs for which U.S. workers aren’t available. “It’s not the amount of wages or the benefits, it’s the seasonality that’s the issue,” Pasquinelli said. It’s difficult to find people who are willing to work just four or five months and then must relocate, he explained.

Pasquinelli is an ordained deacon in the Roman Catholic Diocese of Tucson, and he said his faith touches all aspects of his life. He helped found Yuma Catholic High School, which opened to students in 2000, and the Pasquinelli Foundation contributes to numerous charitable causes.

Pasquinelli advises people to look for careers in something they are attracted to, and if it’s in agriculture, all the better.

“Agriculture is a very noble occupation and vocation,” Pasquinelli said. “You have to remember that you are a steward, a caretaker … of the water, of the land, and of the people who work for you and with you. It’s a very sacred duty.”